What’s the Best Cat Litter for Your Cat 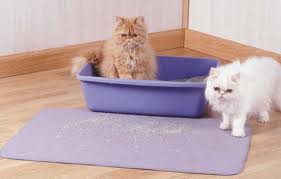 It’s easy to get confused and even overwhelmed when considering all the different types and brands of cat litter that are available today. How do you choose which one to use?

All cat litters fit into one of the several major categories, and each one has advantages and disadvantages when compared to others. This article will help you to narrow down your choices, but you are still likely to be faced with some trial and error before settling on the one that works best for you. Actually, you need to choose the litter that works best for you and your cat, as our feline friends can be picky about litter, and if they won’t use, it… well, you probably know the rest. 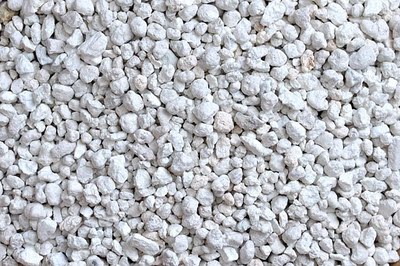 These are the litters that look like sand, and in fact for a long time sand (and/or dirt) was what was used for cat litter. But clay is a lot more absorbent, and in the late 1940s, industrial absorbents were repackaged and clay cat litters became available commercially. With numerous other better performing choices, clay litters are not that popular any more, comprising only about 3% of sales at A Pet’s Life.

All this doesn’t make traditional clay litters sound so terrific, well, except for that cost thing. Additives such as baking soda and odour maskers, either already in the bag or as an extra that you sprinkle in yourself, are sometimes used to help with odour control.

A traditional clay litter available at A Pet’s Life is Jonny Cat. 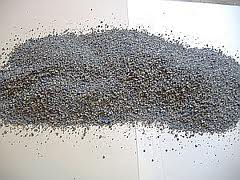 In the the 1950s, someone got the bright idea that adding some form of bentonite clay to a traditional clay litter would be a big improvement. Bentonite, which in litters is nearly always either sodium bentonite or calcium bentonite, is a type of clay that forms from the weathering of volcanic ash. The advantage of bentonite in cat litters is that it will absorb several times its dry weight in liquid, and in doing so it expands as much as 15 times its original volume and at the same time forms clumps that can be scooped out without removing the rest of the litter. This is a terrific functional improvement over traditional clay litter. Clumping clay litters are about 13% of sales at A Pet’s Life.

Silica gel litter is relatively new, and is sometimes referred to as crystal litter. It’s actually a granular form of sodium silicate, a substance with an incredible ability to absorb liquids, so it’s no surprise someone decided to market it as cat litter. It also has many industrial and commercial uses, such as those little packets you find in vitamin bottles. In use, you have to scoop out the feces every day, but urine is absorbed and just seems to vanish. It doesn’t, of course, it is just soaked up, and eventually the litter’s ability to absorb any more is gone. Then it’s time for a complete change. Some people find that a 2 kg bag will last for a month for one cat. Silica gel litters have gained much of a following, with only 2% of sales at A Pet’s Life.

A silica gel litter available at A Pet’s Life is Clear Choice.

In recent years, a wide range and variety of plant-derived litters have become available. These biodegradable litters can be further divided into two types: pelleted or granular. 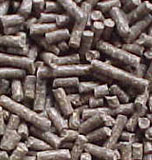 Pelleted biodegradable litters: paper (above) and wood (below)

Made from either wood or recycled newspaper, pelleted litter has an incredible ability to absorb liquids, and in doing so will crumble into an easily removable form. Sawdust that is a by-product of wood processing industries or recycled newsprint is formed under very high pressure into pellets, which are then thoroughly dried. Wood pellets absorb urine so well that they are used extensively as bedding in horse stalls. Feces must be scooped from the cat litter box regularly, along with the pellets that become urine soaked and crumbly, leaving the remaining pellets behind. Pelleted biodegradable litters are about 25% of sales at A Pet’s Life. 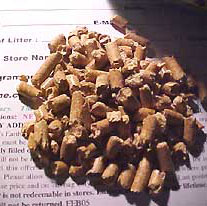 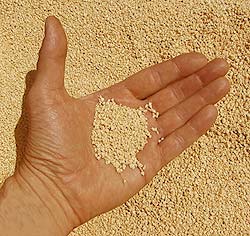 There are plenty of choices in this category: wheat, corn, barley, and pine, and it’s worth trying some different types to find the best one for you and your cat. These litters are made from the by-products of the human and animal food, as well as the wood processing industries, and so use materials that might otherwise be waste. Clumping properties come from the starch or cellulose components and odour is controlled by the natural enzymes and proteins in the litter. Granular biodegradable litters are far and away the most popular, currently having about 57% of sales at A Pet’s Life. 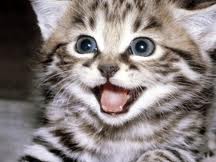 Use the right litter and you and your cat will be happy!

The bottom line is that there is no such thing as a perfect cat litter. It would really be great if there were, but it just isn’t so. They all have their advantages and their disadvantages. Some of these are inconveniences for cat owners and some are negatives for the cat. It really makes sense to choose the litter that is the most accepted by your cat, given the range of problems that can arise otherwise. It will likely take some trial and error to find the right litter for you and your cat. If you’re not sure where to start, talk to any of the A Pet’s Life staff for good advice and go from there. Good luck!

We carry many natural flea deterrents at our pet store in beautiful Oak Bay. We also carry an assortment of ‘made in Canada’ cat food  from reputable and natural pet food manufacturers such as Acana, Orijen, Go!, Now, Wellness, Royal Canin, Natural Balance, Best Feline Friend (BFF), and many, more. Come visit us today!

How Old Is My Cat?